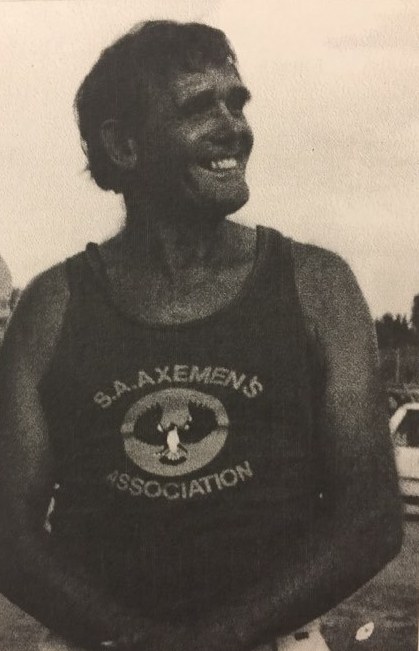 Ken worked in the timber industry in the South East of South Australia in the vicinity of Mt Gambier and later moved to Uraidla in the Mt Lofty Ranges near Adelaide were he worked in the market gardens supplying fresh fruit and vegetables to the Adelaide Market.

Ken first commenced woodchopping at the age of 17 years at the Dartmoor Show (Victoria) in 1952. During that year he competed in various events throughout country South Australia and Victoria. The following year, he was called up for National Service and this curtailed his woodchopping career for a number of years.

In 1970, Ken he returned to woodchopping at the Mannum Show and at the Royal Adelaide Show in that year was placed 3rd in the SA Residents State Underhand Championship and was 2nd in both Novice events, which is an unusual fete. The following year he won both novice events

Ken has competed in woodchopping events in SA and interstate over the past 35 years and has enjoyed the mateship and competition.

At the age of 70, Ken is still competing in open and veterans events and receives pleasure also from seeing his 2 sons compete.