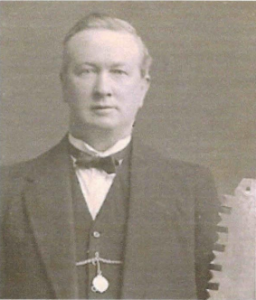 Arthur was born in Forth in Tasmania in 1881 to parents James and Mary Sullivan.

Prior to moving to New Zealand where he excelled as a champion sawyer and won his championships, held a world record and two New Zealand records, Arthur moved to the Esperance area in the south of the State.

Here it appears that he worked as a bushman for the Hopetoun Mill. While there he married, and from the  years 1904 – 1907 he competed successfully in chopping carnivals in the area.

On Saturday November 25, 1905 Arthur is reported in the local paper as follows:

A match for £25 a side took place in the Exhibition Building, Hobart, on the 11th ist., between A.E Sullivan, of Hopetoun and A. Featherstone, through 18inch standing blocks. Sullivan proved victorious, winning by five blows, and falling his block in the very creditable time of 1 minute, 52 1-5 seconds. Sullivan, who is 6ft 4in. high, is a splendid athlete, …

In the early 1900s Arthur moved his family to the North Island of New Zealand; it was here in 1908 that he won his first World Record 24 inch Single Handed Sawing in 1min 16.4seconds at a place called Eltham, creating a New Zealand record at the same time.

Arthur returned to Tasmania in 1923 and from there he went into the hotel industry in Hobart and at one time he ran a hotel and billiard parlour at Sheffield. Arthur’s mural can be seen on a wall at Sheffield, the town of murals.