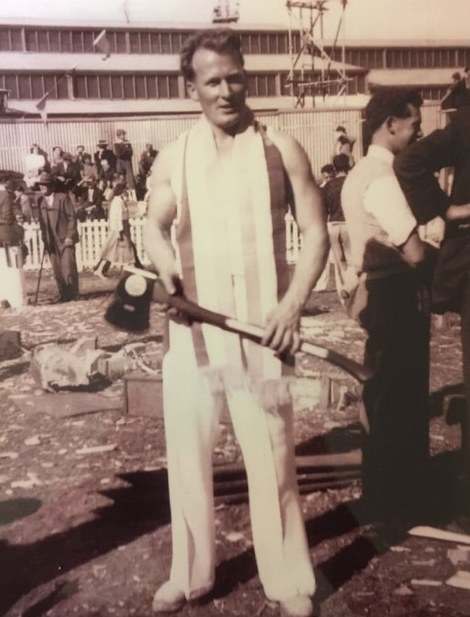 Ray was the second youngest son in a family of competitive axemen. Brothers Trevor, Merv, Rex, Doug, Ray and Bill would go down in history as one of the greatest woodchopping families ever. Along with their sister Margaret, their family grew up on farmland and bush near Deloraine and Westbury.  Their father Albert, was a competitive axemen and bushman in the Wuamby bush district and it was natural that the boys followed his interest.

Ray was a good all round axemen but showed a special skill in the tree felling.

Ray was a timber contractor for Australian Newsprint Mills and Maydena. He suffered from Parkinson’s Disease in his later years and it was this that eventually claimed his life. The sport of woodchopping was in his blood and his talent and skill will be long remembered by those who observed or competed against him.