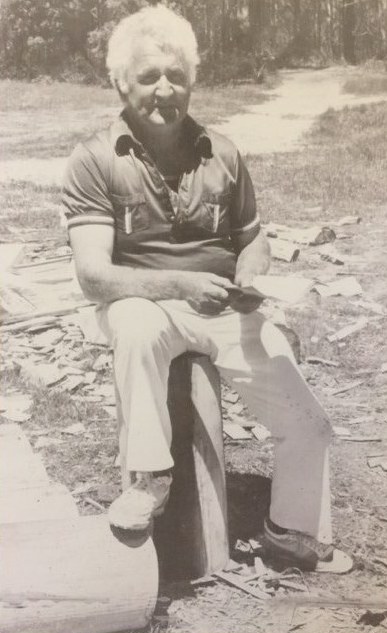 Colin Richards was born at St Helens, North East Tasmania on the 12th July 1930. His father was George Richards and his mother was Fanny Fitzgerald.

Colin had 11 brothers and sisters. He learnt the way of a bullocky from his late father, George, who worked teams around the North East during the late 1800’s.

Colin Richards is married to Margaret and they have 6 girls, Leanne, Jenny, Roslyn, Tania, Jayne and Mandy.

Sandy, as he is better known as, worked as a farmer, Bush contractor and Sawmiller. His favourite pastime’s included Badminton, woodchopping and Bullock Driving. Up until 2004, along with his brother Rusty, they worked bullock teams around the North East of Tasmania selectively harvesting Hydro Poles.

Sandy was an Axeman for over 60 years from 1950 to 2002. During his time competing sandy was also the North East handicapper from 1964 to 2002, a true administrator to our sport dedicating 38 years to his position as handicapper.